The last few months we haven’t noticed any HUGE gains with Jaxson. He’s been learning small skills here and there, but there hasn’t been a huge significant change in his mobility or communication. Not a big deal, as we have learned by now that development ebbs and flows in random time increments. The 3 of us keep working hard and eventually something clicks. 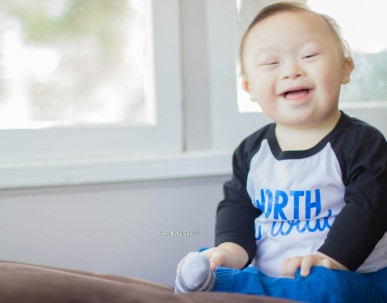 As many of you know we’ve been teaching Jaxson sign language. Or shall I say we are teaching ourselves sign language and just preforming it for Jaxson, hahaha. We started around the time he was 6 months old. We would sign “milk” when we gave him and bottle, and “all done” when he was done. Those were the first ones we started with and we would pick up more as time went on.

Around 11 or 12 months Jaxson did his very first sign, “all done”. A few months later he signed “milk”. He signs “milk” when he’s super tired and wants to be put to bed, SMARTY!! Then the signing stopped. He didn’t do any more, although he understands everything we sign. Alex and I continued to sign with him. The common signs we do during the day are: Milk, all done, please, thank you, water, more, eat, dog, play, go, home, book, sleep, tired, baby, shoe, socks, coat…. I’m sure I’m missing a few but those are the ones I can think of off the top of my head. 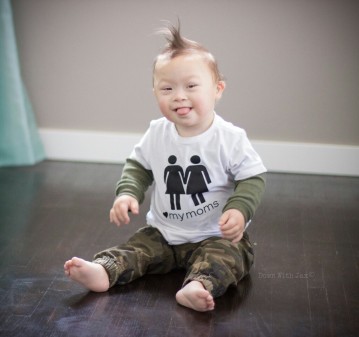 Signing has become so routine to us that we don’t even notice we’re doing it. Alex and I have both caught ourselves signing long after the baby has gone to bed, or when we aren’t around him at all. It’s become part of our subconscious.

Despite our non stop signing, Jaxson hasn’t pick up on any of them! He was around 16 months when he learned to do his last sign. We haven’t been frustrated, not one bit, but a couple weeks ago we started chatting about it and wondering why he hasn’t picked up on the signing. Two, yes TWO days after this conversation (which I’m sure he overheard) it happened……

Jax and I were having a lazy day, he had a tummy bug and we were laying very low for a couple days. We were sitting on the bed and were passing his baby lotion back an forth. I would sign “thank you” to him everytime he passed it to me (just like always). For some reason I asked him to say ‘thank you’ back to me, and he did! Very clearly he put his hand to his mouth (the sign for thank you is putting your hand to your chin and pulling it away). I asked him to do it again and he did it, the same gesture over and over again! I was so over the moon and couldn’t believe that 2 days after our talk he learned a new sign. Of course Alex was working and missed it, but I sent her a video and she was ecstatic.

The very next day we were playing with the dogs and we asked Jaxson to say “dog”. No word of a lie he took his hands and slapped his legs, just like that, he signed dog!!! 2 days after that he learned to sign “water”. 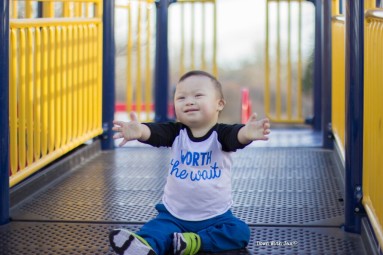 In the span of a few short days he was picking up signs like it was no big deal. He was totally blowing us away and we couldn’t be more proud! I have a feeling he’s known these signs all along and we just never asked him to do them so he had no reason to. And who knows, maybe he’s been doing them all along and we just weren’t picking up on it! Jaxson has also leaned that he can ask for his water without pointing at it, which is super cool. The communication with signing is now a 2 way street and he’s not just doing it when we ask him to. He initiates a sign to tell us something.

Once again Jaxson has taught us that patience pays off. We always say that he does things in “Jaxson time”, signing was no exception to the rule. 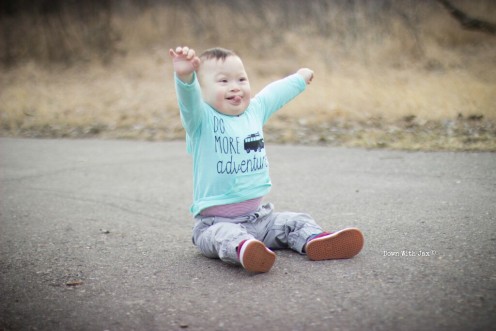 4 thoughts on “Signing in Leaps and Bounds”